Billboard Ads is one of the best ways to advertise brands, companies, products, agencies, etc. You can use billboards for commercial, non-commercial, social, and personal beautification of your house or building. A perfect billboard design can do half the work of your business promotion. So, you need to pay more attention to it.

So, in today’s busy world, billboards have multiple useful advances. In particular, newly created brands and companies need to run campaigns for brand awareness and draw people’s attention to them.

But billboards are the oldest and most effective way to lead a company. Even in the age of television, the internet,

and smartphones, the need for billboard Ads has not diminished. Still, people find it profitable, create high-conversion billboards, put them on the side of the road and let people know about them.

Types of Billboard Design: Choose Your One

Typically, billboards are often large canvases with a few words, cartoon characters, and stylish typography. It is different from other advertising materials. The first billboard design was found in the 1830s and that is a circus poster.

From that time on, people began to realize the importance of outside advertising. It is saying that there was a revolution in billboard ads in the mid-18th century. Because people bought space to display advertising at that time.

In the nineteenth century, many billboard advertising companies were established around the world to gain billboard ads. And soon it became the subject of competition as well as testing.

However, there are various billboards designed during this long period in the history of billboards. They are using to support various corporate functionalities. When you are going to design a billboard for your own company, you should know which type of billboard design will be most suitable for the brand.

Also, the position you are considering placing the billboard should match the size, shape, and description of the billboard. Here we are going through the most common and popular forms of billboard Designs below.

Classic billboards look big and focus time is short. So, this is the perfect kind of outdoor advertising content through which you can spend your valuable money. You can see classic billboards on most highways, expressways, and crowded places where people gathered in large numbers.

Currently, 10 feet by 30 feet to 14 feet 48 feet is considered the standard classic billboard design size. However, this type of billboard is so perfect for attracting the attention of both pedestrians and vehicles because it comes with large body size.

This Vinyl Billboard is so useful for keeping things bright and focused. Especially for banner and billboard ads, vinyl is becoming the most popular. Why?

The answer is, low-cost but high-output solutions are available for vinyl advertising. The best thing about vinyl billboard designs is that they come in waterproof and have fade resistance. This is why it is so long-lasting. Vinyl billboards are very smooth to give a colorful feel. On the highway, hanging on the roof or above the billboard stand, it looks brighter than other types of billboards.

A Painted billboard is a type of billboard that is creating manually drawing messages and pictures on the fabric. Thus, they are not a preferred option in the digital advertising world where automated machines were invented to create computerized banners and posters to meet the huge demand of the public. Painted billboards are very rare and had replaced by those earlier modern advertising formulas.

However, you can still see the use of painted billboards in some cases when only one billboard needs to be created for any purpose.

Advertising on the body of the vehicle through stickers or other types of billboard stuff is now very popular. Typically, billboards are using to place on top of buildings but mobile billboards are different from them. Since they are coordinated with the vehicle, the message on the billboard can reach where the vehicle is going.

Typically, mobile billboards are using on double-decker bodies. If you want to spread the brand message widely in different areas in a short period of time, you can choose one mobile billboard instead of another.

Three-dimensional billboards are much more modern and artistic than other billboards. 3D billboards appear in dramatic and lively ways. Who doesn’t love to see 3D paint? And if it’s a 3D ad in one of the busiest places in the city, people must look at the billboards for their 3D objects.

However, three-dimensional billboards are not very popular at that time, and we were always allowed to see those simply shaped billboards everywhere. A 3D billboard is different and more attractive than a 2D billboard. Don’t you get crowds of customers in your store for a long time? But you think you deserve it.

So, design a great 3D billboard that has a great look, then select a place that is most suitable where you think it can add more people. Then you can see how fast your store crowd will grow.

Another billboard that you may not see as ordinary as it used to be. As the name of the billboard, you understand it has to do with smell. So, what are you thinking? Does this kind of billboard spread fragrance? Just like that, scented billboards work differently because it attracts people through fragrance.

The fragrant billboard was quite normal at a time when it was easy to distract. These are mostly using by restaurants and women’s perfume retailers for quick reviews of the product and instant messaging in the minds of customers.

You can see many examples of perfume billboards online. In addition, the first American perfume billboard was available in 2010. It was a large piece of meat along a fork. The meat took on a truly delicious scent around its air and whenever people went after it, they smelled delicious food.

You might be excited to think about how these scented billboards work? No need to worry too much, it’s all about a strategy and a stockpile of fragrance kept inside the billboard. It’s an easy process.

You may be familiar with digital signage which is now widely used in markets, airport lounges, hospitals, school colleges, and everywhere. Digital billboards are the largest version of those digital signs. It comes with a modern screen where both stationary and moving objects are presenting to show the general public.

Since it is a digital way of displaying advertisements, businesses use digital billboards to raise brand awareness, display products, locate multiple stores, and so on. Also, you can see digital billboards showing stock market prices, weather, and temperature conditions at certain places in the city.

If you are looking for an advertisement digitally, then a digital billboard is highly recommended for you. It expresses the brand identity loudly and shows professionalism in all aspects of the brand.

These Wallscape billboards are a notable one that has a high impact on external advertising and provides a wide range of opportunities to come up with conventional advertising methods. As its name suggests, it is often painted on the wall of a building where the ad can be seen from a distance.

So, you don’t have to be afraid of the standard wallscape billboard size. Just draw the whole space you got for the wallscape billboard. As people like to see beautiful wall art nowadays, you can make the art dazzling so that it can stop people and look at it.

If you think you need a billboard but you actually want a showcase of the brand that keeps you away from the usual advertising display and also shows your professionalism. Then the Wallscape billboard that you are looking for.

In advertising, an image is really worth a thousand words. Images attract attention and focus more on images than sound on any road or crowded place. No matter what kind of billboard you use to promote your product, it is very important to use a picture of the product. But one of the drawbacks of using images on billboards is to give the images a certain size and pixels. There is nothing to worry about because Clipping Amazon does this job very efficiently. The pictures used on the billboards need to be very interesting so that people are easily attracted. For this, you can also post-process the product images if you want, such as Background Removal, image retouch, color enhanced, cropping-resizing, etc. Clipping Amazon maybe your best option for these.

So, run a billboard campaign with interesting product pictures and make your brand known to more people. I will end this article here but I will discuss Billboard Ads in more detail in another article very soon. Stay well, stay healthy and stay tuned with us for this kind of information. 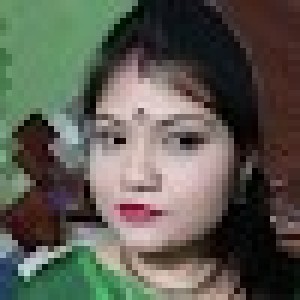 How To Make A Succesful Online Jewelry Business

Color Photography: Colors Are The Smiles Of Nature